Top of the World Talent! 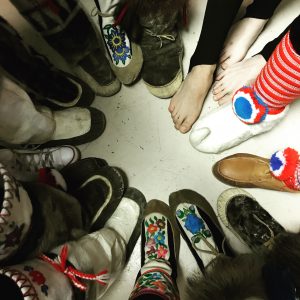 Over the past ten days I’ve been part of the South Slave 2018 Arctic Winter Games hosted by Hay River & Fort Smith, NWT. It’s been an incredible experience! Thanks to Patrick Roberge and PRP team from Vancouver (the same folks that staged Canada Games 2017 Ceremonies in Winnipeg), I had the great fortune to work as Director of the Cultural Gala and assist with the Opening Ceremonies. 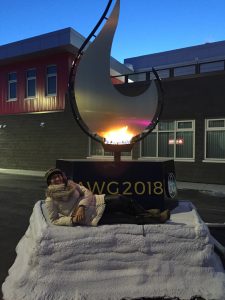 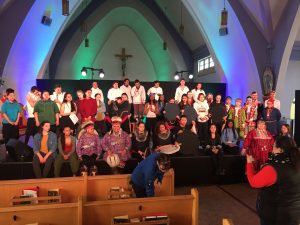 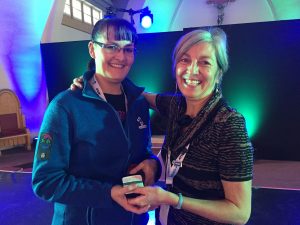 A total of over 1900 athletes and 45 cultural performers descended on the two communities virtually doubling the population. We hosted a week of intensive workshops, cultural sharing sessions and stage rehearsals to get the gala together and it was an unbelievable success. Featuring talent from nine circumpolar regions including Canada (Alberta North, Northwest Territories, Nunavik, Nunavut & Yukon), USA (Alaska), Greenland, Russia (Yamal) and Scandinavia/northern Russia (Sapmi), the gala highlighted traditional song, dance, throat singing, drumming and theatrical elements culminating in a finale production number unifying all the participants. It featured the AWG theme song “Be the Ones” by Canadian recording artist- Serene Ryder, reinforcing the mission statement of the Games – Find Your Power!