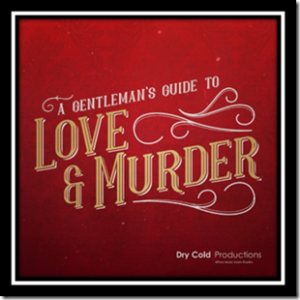 I am thrilled to announce that I will be performing in Dry Cold’s production of Gentlemen’s Guide to Love & Murder from June 21-June 26th at MTYP. Rehearsals are currently underway and it is an absolute dream to be back in the studio working alongside a stellar cast and Artistic Team including: Erin McGrath (Director) and Rachel Cameron “the singing pianist” as Music Director.

A Gentleman’s Guide to Love and Murder is a murderous romp filled with unforgettable music, non-stop laughs and a scene-stealing role for one actor playing all eight of the doomed heirs who meet their ends in the most creative and side-splitting ways. When the low-born Monty Navarro finds out that he’s eighth in line for an earldom in the lofty D’Ysquith family, he figures his chances of outliving his predecessors are slight and sets off down a far more ghoulish path. Can he knock off his unsuspecting relatives without being caught and become the ninth Earl of Highhurst? And what of love? Because murder isn’t the only thing on Monty’s mind….